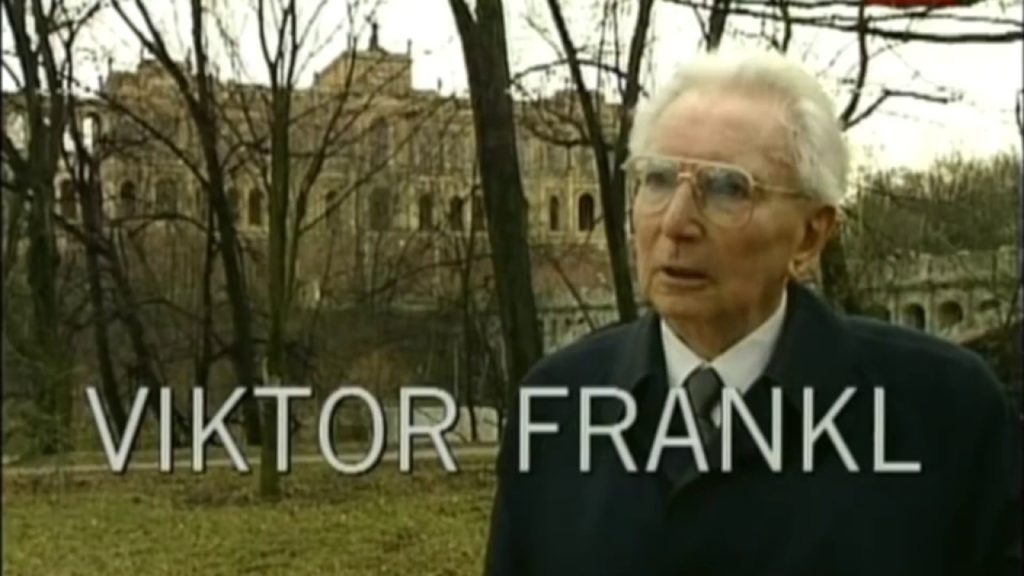 The phone rang in my room at the graduate house of Theology in Rome. There was a momentary silence and then a friend said “I have terrible news. Jack Murphy was killed in an accident last night.” Jack was a priest in Westfield and my best friend. There was an explosion in my ears and I lost track of what was being said. My body responded with a physical manifestation of deep shock. I blanked out on the rest of the conversation, muttering that I would take the next plane home.

I couldn’t believe that Jack was dead. Grief activated the mystical thinking of denial Somehow; he was dead only while I was in Rome, I continued to believe it was all a bad dream. The thought came over and over, that this death was not possible, not acceptable.

I had given up smoking, but due to my anxiety I asked a fellow passenger on the plane if I could borrow a cigarette. Before I knew it, the old habit had fully reared its head, and I smoked one cigarette after the other. The flight seemed endless as I attempted to process the unbearable reality.

How could this happen? Was it a dream? Part of me wanted to believe that but having experienced so many deaths as a parish priest –not once did it turn out to be a dream, a mistake, reversible. I knew in my heart that Jack was dead. The torrent of feelings was not only about losing my best friend, bad as that was; this death was also a poignant reminder of my own mortality. I had blithely assumed death was decades away but losing someone as vital as Jack obliterated that belief. He was 29.

When I arrived at Kennedy Airport, the reality of Jack’s death began to infiltrate every aspect of my being. I was nervously smoking cigarette after cigarette, and my hands trembled from too much coffee on the plane. As I approached the luggage area, I saw friends from Holy Trinity parish who had come to give me a ride to Westfield. As they approached with their drawn faces and funereal gait, they looked like messengers of doom. The sight of these friends renewed the realization that I had not come home on a visit but was there to attend the funeral of my best friend. I momentarily had the urge to turn and run away from them. They were another step toward the awful truth that Jack was dead. Finally, I gathered enough stability to walk toward them. The warm hugs and embraces of friends momentarily abated the profound loss that I was experiencing. It was exceptionally painful to listen to them as they shared the details of Jack’s death.  A tidal wave of memories poured forth as each one of them shared how their lives were enhanced by the dedication and compassion of Jack’s presence, like me, they hurt intensely. The ride from the airport to Westfield seemed exceptionally long, and conversation was difficult because everyone observed that I was emotionally fragile.

Upon arriving at Holy Trinity Rectory, I felt like I could not get out of the car. It was as though grief had paralyzed me; I could not move my legs. One of the parishioners opened the door and assisted me. I slowly left the car, grabbed onto the handrail and stumbled up the steps into the lobby of the rectory. Monsignor Murray, the pastor, opened the door and warmly greeted me.

“Welcome home, Sal,” he said sadly. “I am sorry it is under such circumstances. I know how much Jack meant to you.”

I shook his hand and said: “Thanks, Charlie. I still can’t believe it.” With these few words, Monsignor Murray stepped aside, and I slowly walked down the narrow corridor that I had walked down thousands of times before. The back parlor was filled with guests and family. Jack’s parents, brothers, and sister rose to greet me and, the tears cascaded as we embraced each other. Words seemed useless, and I could not honestly remember what I said to them I. knelt by the casket and could not contain the tears that flowed. Little did I know that as painful as this moment was, it would be easiest part of the grieving process.

For the next three days, I preached eulogies about Jack, and when he was laid to rest, I naïvely believed that I was prepared to deal with his loss. Staying with my parents for a few days before returning to Rome, there was great comfort in their presence and the number of friends and family who reached out. All too soon, however, it was time to go back to Rome.

Upon arrival at the graduate house of theology, I went to the mailbox and there to my amazement was a letter from Jack. I was in typical Jack Murphy fashion. filled with humor, friendship and excitement that once again we would be together in Rome in early November a place that we both loved. My hands trembled as I opened the letter. I read it repeatedly as if reading it would somehow bring Jack back. In a way, the letter made it even more difficult because it had the ability to capture the wondrous boyishness that I had come to so respect and enjoy.

The loss of Jack in the blink of an eye shook the roots of my belief in immortality, which is the province of the young. I felt that because of our tender ages, Jack and I were on a road with no exit to death or illness until beyond middle age. Unspoken, illogical, but so real, that myth was visceral, and when it shattered, the pain and confusion positioned me on the precipice of depression. It was a great deal to comprehend that Jack, a person so alive, with all the energy and dynamism of youth, had ceased to be. The pain was searing and floated to the surface without notice through a familiar song, a favorite place, or merely the mention of his name. There were no insulated places where the residue did not seep to wound again.

I was immersed in thoughts that were overwhelmingly sad and morose. How could such a vital life be obliterated in a blinding crash? I reminded myself over and over that I was no stranger to death. I had seen it in its gasping last breaths and ashes as I anointed one burned to death in an automobile accident. I had told a father that his daughter had been murdered by a stalker. I remembered the deaths of two adolescent brothers in an accident on the way home from a family wedding. All of these losses had pulled at my heartstrings, and I always exhibited care and compassion to the families, but this was different. This pain so wounded me that I had no exit, no harbor and no guarantee that it would at some point end.

Depressed and feeling so alone, one morning I began rereading Man’s Search for Meaning.  by Dr Viktor Frankl a Holocaust survivor. The words of the book were so powerful that I felt as though Frankl had me in mind when he wrote it. I almost dropped the book when I read, “It is through the crucible of pain and suffering that we humans achieve our greatest humanity.” Frankl was not talking about avoidable suffering but that tidal wave of pain that drowned one suddenly and without warning.  Somehow, I knew that this book would be the beginning of my healing.

At that time, I had no idea that Dr. Frankl would radically change my life and that in a few short weeks I would meet him in Vienna. I knew that he was teaching at the University of Vienna and decided that I would pursue the opportunity to study with him.

My pain was not alleviated, but it had turned to action. I called the University and requested to speak with Dr. Frankl.  I expected to be connected to a secretary but to my amazement, Dr. Frankl answered the phone. After a few moments of conversation, he invited me to visit him at the University. It was easy to fly from Rome to Vienna on the following Tuesday. The plane ride was smooth, but my stomach was in knots at the thought of being in the presence of someone whose work and life I had so admired. I practiced over and over what I would say, but by the time I arrived at the University, was a nervous wreck.

Waiting in a room near Dr. Frankl’s office, I was told that he would soon be with me. Finally, the moment arrived and I was ushered to Dr. Frankl’s private office. My initial impression was that this intellectual giant was physically short. He had a mane of shocking white hair, thin glasses that were perched at the end of his nose, bushy, wiggling gray eyebrows and electric blue eyes. I was taken immediately with his ability to listen without interruption.  When I finished explaining why I wanted to study with him, Dr. Frankl said: “You are the perfect student for me, and it will be a pleasure to have you in my classes.”

Vienna was probably gorgeous in the summer because it was filled with lovely parks, but in winter it was dreary and dark. I found no solace after leaving sunny Rome and was engulfed in days of sadness. the overcast skies, frequent snow and bitter cold reflected my emotional state

The saving grace was the daily opportunity to listen to Dr. Frankl. Although the classes were in German, I had enough language ability to follow. Frequently, in the middle of his class, Dr. Frankl would personally direct remarks toward me in English.  He had marvelous emotional intuition and could tell that I was struggling.

One afternoon, I went to Dr. Frankl’s office and for two solid hours unloaded my grief and confusion. I had temporarily forgotten all that Frankl had endured during the Second World War. Frankl had lost his parents, wife, relatives, profession and country, and was incarcerated in four concentration camps. He had been beaten, starved, suffered frostbite and typhus. Despite this tragic personal history, he listened to every word intently and never interrupted my emotional catharsis. When I finally finished, he took off his glasses and a tear ran down his cheek. He paused for a moment and then said: “You are in great pain because your dear friend is dead and you loved him. There is no recipe to make that pain evaporate, but I also know that at some point, you will have to make a choice. You will decide to emotionally get in the grave with your friend, or despite the grief go on with your life. If you bury yourself with him, I don’t think you really knew who he was.”

Those words changed my life.  I knew at that moment that there was no way that Jack wanted me to be a prisoner of grief forever. Frankl challenged me to incorporate Jack’s caring for others into a leadership role. “You have had a great gift in such a friendship. Share with everyone you encounter the treasure of this man.”

For the next three years I had the privilege of being with Frankl who now became Viktor my friend and mentor.. His kindness and guidance helped shape who I am and what I believe about life. I have in every presentation that I have made over the past five decades included the powerful gifts of life and friendship that I received from Viktor and Jack.