Recommended Books About the Holocaust 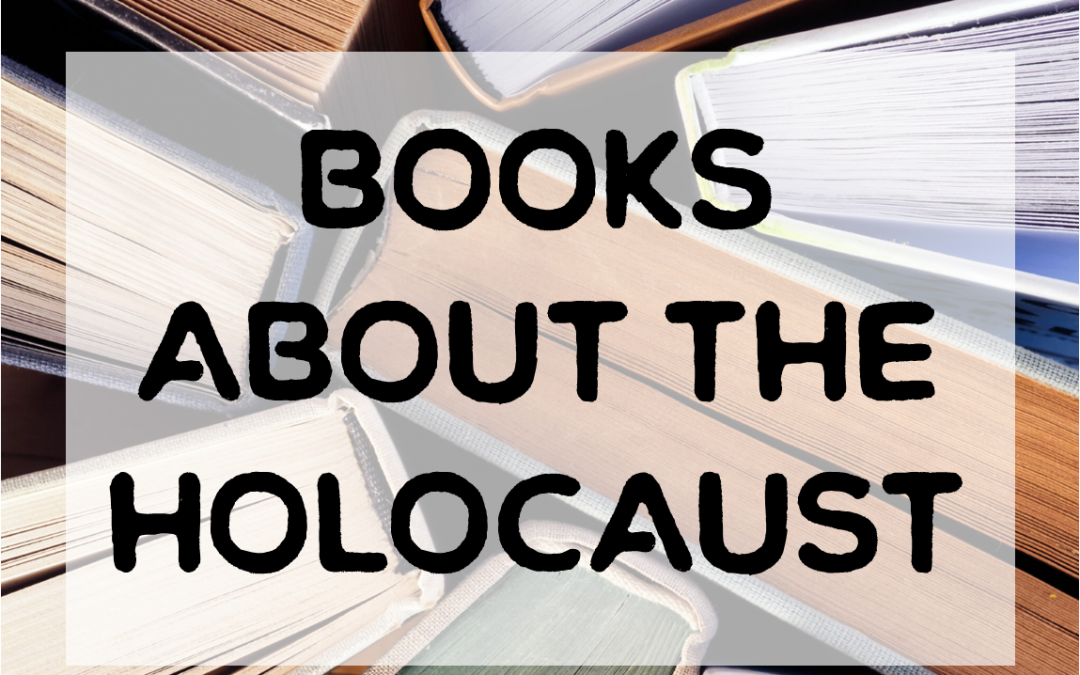 I certainly hope  that you will  read The Architect of Auschwitz but these are some of the excellent books on the subject that I would recommend:

There are few periods of history darker than the Holocaust, so it is fitting that the world of Holocaust literature would be as vast as it is. Any book on the subject will help you to come to terms with it, which is something that we all need to do, but some books are better than others. The ones listed below will move you in a way that you will not soon forget.

Night is the archetypal Holocaust novel, in many ways more an experience that you have, rather than a book that you read. Its author, Elie Wiesel, was born in what is now Romania and survived several concentration camps, and in Night, he puts into hauntingly beautiful words all of the terrible events, whether physical, mental, or emotional, that he had to survive. It was partly for this work that Wiesel won a Nobel Peace Prize in 1986, and it should be required reading not only for people interested in the subject, but for everyone in the world – so that we may not allow such a thing to happen again.

The Book Thief by Markus Zusak

This award-winning young adult novel is more than just a book for children. Told from the perspective of a German girl whose foster family agrees to hide a young Jewish boy – and narrated by the ever-present Death – The Book Thief explores all of the same themes that you expect from a book about the Holocaust – morality, love, and identity. Read in disbelief as the children growing up in such a terrible time struggle to figure out their role to play in it all.

World War II ravaged not only the Jewish communities in Europe, but also any other places where the Nazis had control. One of these places was the area now known as the Czech Republic, where for about a year, the ruthless Reinhard Heydrich ruled with his ‘iron heart’ (as Hitler said) and iron fist to match, wreaking havoc on Czech and Jewish life and morale. A couple of Czech and Slovak paratroopers however, went on a mission to assassinate him – and this is the story of that event. At the end, you will feel that you know all of the characters. This offers you the history of a little-known event in the war, but in the most personal way.

Never had a graphic novel felt so much like a punch in the stomach then when Art Spiegelman wrote the Holocaust classic Maus, which explores his family’s – and in particular, his father’s – personal experience during World War II. It is memorable for many reasons, not least among them being that the various nationalities are drawn as different animals – Germans as cats, Poles as pigs, and Jews as the mice that give the name to the piece. True artwork on every level, Maus was the first graphic novel to win the Pulitzer Prize, in 1992.

The Reader by Bernhard Schlink

The Reader looks at the Holocaust from another viewpoint – in retrospect, through the eyes of a former concentration camp guard. Through the book, we learn of the trauma that the nation’s terrible history caused for the people born into post-war Germany, and the ways that the whole country had to work to mend itself. The Reader tells the story of a fraught and complicated personal relationship, and in doing so reveals much bigger historical relationships.

The Boy in the Striped Pyjamas by John Boyne

Although many have called it historically inaccurate, The Boy in the Striped Pyjamas takes readers to Auschwitz from the perspective of children, a Jewish boy on the inside of the fence and a German boy on the outside, who don’t understand the reality of the situation that they are placed in. They meet when the German boy’s father becomes the Commandant of the camp, and they become very good friends, all while separated by a fence. The terror of the Holocaust becomes all the more apparent when shown through the innocent eyes and minds of children.

Diary of a Young Girl by Anne Frank

If you haven’t already cried over the pages of Anne Frank’s diary, go out and get it right now. As you read, you’ll be struck by the heartbreaking ‘everyday’ quality of the life that Anne describes – because knowing that she and her family are hiding for their lives in the years and months before their deaths, it’s incredible that her feelings and the events she describes could be so relatable. Her father, Otto Frank, the only member of her family to survive the war, published her diary in the immediate aftermath of the war, and it has since become a major symbol of Nazi atrocities.

Everything Is Illuminated by Jonathan Safran Foer

Everything Is Illuminated is in fact three stories – the fictional story of the Jewish town of Trachimbrod centuries before the war, the story of a Jewish shtetl in Poland during the war, and the overarching story that ties the two together, which is Jonathan Safran Foer’s trip to Ukraine to look for his family history. What starts out as lighthearted will eventually move you to tears as the various layers of history are uncovered and Foer discovers more and more about the places where his family once lived. The dead become alive and animated and then are taken away from you again, just as you start hoping that maybe, maybe, this time the story will turn out okay.

If This Is A Man by Primo Levi

Along the same lines as Night and Diary of a Young Girl, If This Is a Man (which in America has the title Survival in Auschwitz) tells another personal story of whatever version of life it was that the prisoners had in Auschwitz. Primo Levi, an Italian-Jewish member of the anti-fascist resistance in Italy, was kept in the camp for almost a year at the end of the war, and the book that he poured his experiences into hinges on the question of whether – and if so, how – people were able to retain their humanity in the face of such evil.

Another story of the Holocaust in retrospect, the title of Sophie’s Choice has entered the English lexicon as an idiom for an impossible choice. In the novel, Sophie, a Polish Catholic, is living in New York City and eventually recounts the terrible choice that she had to make when she first arrived at Auschwitz herself, after being arrested for smuggling food. The choice, which had no possible positive result, would haunt her for the rest of her life, and merely imagining it gives readers a whole new dimension of the horrors of the Holocaust.

Mendelssohn Is On The Roof by Jiri Weil

Mendelssohn Is On The Roof starts innocently enough, with a lighthearted story of a pair of bumbling SS soldiers tasked with removing a statue of the Jewish composer Felix Mendelssohn from the roof of a concert hall. The book goes on, however, to incorporate the tales of a number of different characters all living in the Nazi-controlled Protectorate of Bohemia and Moravia, at the end becoming almost unbearably raw and horrific, made all the more so because you remember how you laughed in the beginning. You finish it, though, because you know, as the author did, that the difficulty of the story is exactly what gives it its value.