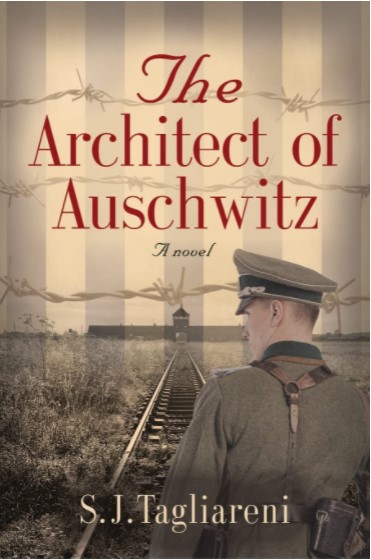 The Architect of Auschwitz

The Architect of Auschwitz is a page turning book whose characters will live in your thoughts long after you finish reading it.You will be entranced by the author’s depictions of the characters and events that led to the rise of Hitler.

The main character is Gerhardt Stark a young German architect who has been influenced by early childhood losses. His progression from a wealthy class youth to to a rapacious mass murderer sheds light on the complexity of his character. Once a skeptic of the Nazi party incremental steps lead him to participate in unimaginable atrocities. He is a highly intelligent individual who catches the eyes of Albert Speer, Heinrich Himmler and becomes a key player in the plan to create a Jew free Europe. He creates the design and architectural plans for the expansion of Auschwitz -Birkenau.

Toward the end of the war Gerhardt realizes he will be tried as a war criminal. With the aid of an accomplice he assumes a new identity and devises a plan to protect himself from justice by freeing two prominent Jews from Auschwitz. He flees Europe with a great degree of stolen art and valuables from his victims to a haven for Nazi criminals in Spain. He eventually makes his way to New York where he thrives financially and socially as a prominent architect. Through a series of unpredictable events he is uncovered by two of his victims and the search for justice involves members of the Nakam.

The Architect of Auschwitz is a well-told story about the Nazi rise to power, the progression of the Holocaust, and more specifically one man’s indoctrination and gradual but permanent slide into immorality and evil.   More

“I bought this book intending to read it after the holidays when all of the shopping, wrapping, decorating, and celebrating was done. Welp! I just sneaked a peek at the beginning, and that was it. I read until I fell asleep and finished it the next day! I felt like I was reading a true, suspenseful, gut-wrenching story about real people, and I had to find out what happened. Amazing book that could be made into a great movie! Highly recommended!”

“The Architect of Auschwitz is the much needed and truly valuable work of a scholar and a gentleman. It reflects a deep respect and appreciation for it’s important subject, and provide thoughtful and instructive insights into the driving forces and emotional toll of those fateful times. Only an author with a deft hand and a careful mind can present this material in such an accessible and understandable manner. I could read this wonderful writer forever, and am already looking forward to more of his contributions. Great works broaden the mind and stir the heart – The Architect of Auschwitz does that and much more. Read it and come away an enlightened soul.”

“Take it from a screenwriter who writes period scripts… It’s more than difficult to pen an engrossing historical novel! Booby traps are everywhere. Where is the line between fiction and non-fiction? How does the author follow the truth and make it feel real, without lying, using his or her creative license? Sal Tagliareni rides the line beautifully. It’s not just that he paints a true picture of the past; he literally reconstructs a bygone world. His impeccable research launched me back to World War Two Germany in a way that was, in a word, disorienting. I really felt like I was there, among its autocratic monsters and the Jewish people they were hell bent on destroying. Hats off to this author who successfully created a time machine for the reader to safely visit a dangerous, heartbreaking moment in history.”

“The story engages one immediately. Meeting the main character, Gerhardt Stark as a young man, learning his background and then experiencing over time the evil person he becomes. The reader gradually sees how the acts of Stark, harm most everyone he encounters. It’s a book that is hard to put down, and no spoilers from me, the ending comes as a total surprise. I highly recommend this novel and commend the author for again bringing awareness to the tragedy that was the Holocaust.”

“If you’ve ever wondered how a family-centered, fine young man could turn into a Jew exterminator, Sal Tagliareni’s new book, “The Architect of Auschwitz,” is the answer. And although this is fiction, it’s based on spending three years at the knee of survivor Viktor Frankl, plus hundreds of interviews with other survivors. Tagliareni promised his mentor Frankl he would work to ensure the world would never forget. You won’t be able to put down this fast paced book. It’s full of well-conceived characters and suspenseful events. Do yourself a favor. Read this book and you’ll know more about how Hitler rose to power and put together his extermination plan.”